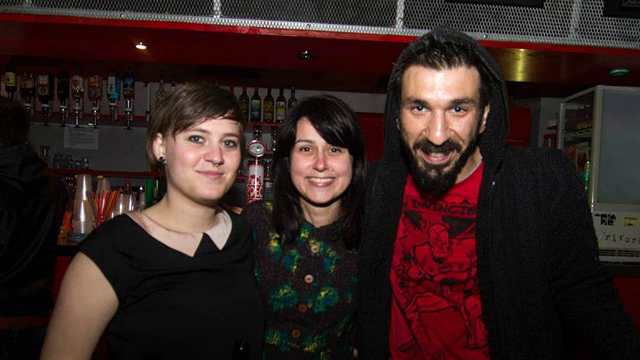 The third Diskoloka was a bit boring for me. Maybe it was like that because the spring has come and a lot of people were just staying outside, but since I don’t smoke I had nothing to do there. :)

Usually guys from Škofja Loka are playing their music at Diskoloka. Ivan Šušnjar and Aliash Tepina are among them. By the way Aliash Tepina is a professional actor and he played a bit part in Hollywood movie “The Dark Knight Rises“. So he is a local star here. :)

Pictures are not mine.