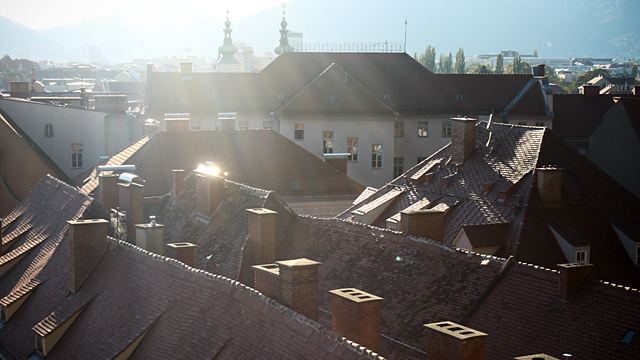 We went to Graz to meet Ilze there, who came from Latvia with a choir to make some performances in Austria and Italy. Ilze was an EVS volunteer in Škofja Loka last year.

On the way to Graz we passed Maribor the second biggest town in Slovenia. Some people say that Maribor is nicer than Ljubljana, but it’s not true at all :). In Maribor I took a picture of the oldest grapevine in the world, they still make vine from it.

Then was Graz, which is the second biggest town in Austria. Nice and a bit posh, especially I liked its roofs and Austrian sausages, which I finally tasted. :)