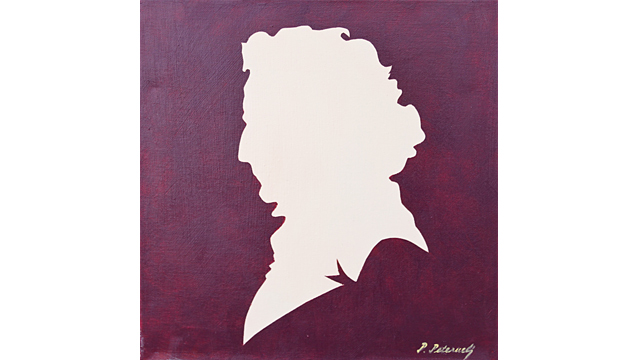 Finally we felt People in Slovenia :). The 8th of February is a national holiday, it’s a day to remember France Prešeren – the biggest poet of Slovenia. Since he lived in Kranj there was a big fest in this town on 8th of February.

Kranj is situated just about 12 km from Škofja Loka, and it’s the main town in Gorenjska region. However some Škofja Lokars don’t like Kranj as it often happens among neighbors. :) Kranj is also well-known by its tunnels under the town, which were made during the Second World War in a case to save civil population of bombarding.

Silvia and me took a tour there with a Slovenian group and a guide. Tunnels were long, dark and a bit wet, but the last “room” was quite interesting. We appeared to be in one small place, the guide closed the door and turn on the sound of bombarding. I felt like in a movie about the war, from time to time the light in the room disappeared, I think I even got some formication at one moment. I was thinking about my grandmother and her stories because she experienced bombarding in the reality.

I also made a small sightseeing tour “Footsteps of France Prešeren”. I was the only one foreigner in the group and when the guide was talking to me in English I had a feeling that I was kind of VIP. We saw some buildings where France Prešeren spent his life. The poet had a not easy life as usually poets have, and also in the end of his life he was a bit addicted to the alcohol.

In that day I confirmed the veracity of the saying “The world is too small” one more time… accidentally I met a guy who was singing for us in Bled. Me and three other EVS were doing our video project, and we asked one unknown Slovenian guy to sing for us, he chose the Slovenian anthem which was written by… France Prešeren! The guy recognized me too and he said that he had already seen our video of him. He was so curious about it, so he went to Krek hotel (where we had a training) and asked about us and National agency, then they sent him the video, which according to his words he liked. :) The video.

The national Slovenian anthem is pretty interesting finding for those who want to understand Slovenians as a nation. The name of the anthem is “Zdravljica” which you can translate as “A Toast”, the shape of each verse reminds a wineglass. :) Well, you are free to make your own conclusions.

God’s blessing on all nations,
Who long and work for that bright day,
When o’er earth’s habitations
No war, no strife shall hold its sway;
‘Who long to see
That all men free,
No more shall foes, but neighbours be.

In the end of the day, by chance, we met our friends – “people from Medvode”, we decided to spend some time with them drinking hot Medica (really cool one).