Pust in Ostriga – I’m a Penguin 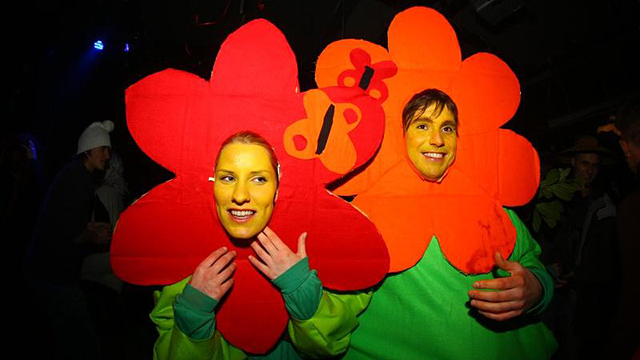 We don’t have a carnival in Ukraine, so I was pretty much wondering about the way of celebrating Pust here in Slovenia. Many locals have quite serious attitude to the preparation.

There was a night of carnival in Škofja Loka on Friday. Silvia dressed up as Kekec, Janis as a Slovenian soldier and I as a Penguin.

It was cool to see funny dressed up people on the streets. :-) As soon as we walked a few meters from our flat we saw a bunch of guys dressed up as Catholic cardinals… we were impressed by their looks, so no wonder that in the end of the night their costumes were considered as the best in Ostriga. They won a box of beer which they immediately shared with the public.

Pictures are not mine.