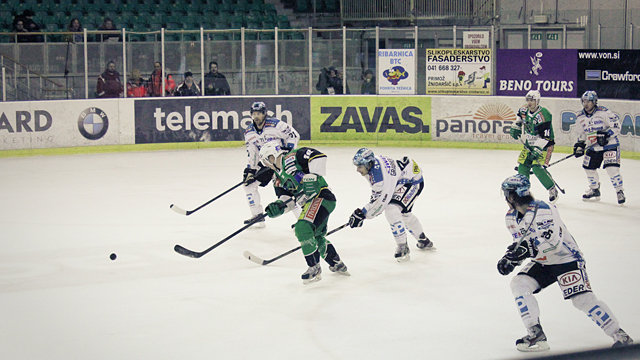 It was my first time (and probably the last one) when I saw ice hockey. The game was in Hala Tivili: Olimpija (Ljubljana) vs. Black Wings (Linz). It’s a pity but Slovenia has lost (1:6).

New information, which I’ve got from this “entertainment”:

They also try to play “proper” music, like for example when players had a little fight, guys who were responsible for the sound put a song with lyrics “You Gotta Fight For Your Right“. That was really fun!

After the game we went to eat a hot-horse. Well, I couldn’t try even a piece of that horse burger. But the place looked quite popular, especially among men.