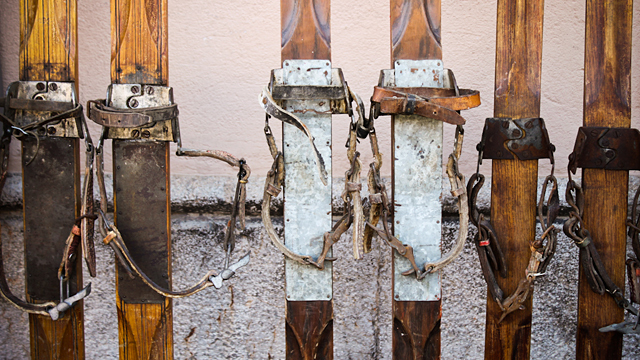 These Europeans are so cute :-). We (Slavic countries of former USSR) are not like them at all, in general we actually don’t care about loveliness of our streets, appearance of the buildings we live, variety and delicacy of the food we eat and old rare things we had before XX century.

This old-fashioned skiing was one more evidence of the distinction between us and them. But usually people are attracted by the things they don’t have, so I really adore when I see something historical and cute just next to me in my everyday life without going to museum.

On the pictures below you can find clothes and skis which people used in the end of XIX – beginning of XX century. This kind of competitions is held in many towns of mountain parts of Europe. And as I know even the mayor of one Austrian village came to participate in it to Škofja Loka on that day. Official video.